Between awards, reviews, new books being released for the fan-favorite Leaders Like Us series, and more, a lot has happened since our last interview with our amazing author, J.P. Miller!

We spoke to J.P. to find out more about the ongoing success of her titles, and the way she continues to spread stories of leadership through literacy programs, library partnerships, and her love of writing.

Q: Let’s start off by reflecting on the great success of the first six titles in the wildly popular Leaders Like Us series. Can you tell us a little bit about the partnerships you have established with schools and libraries through these wonderful stories?

A: The past couple of years have been challenging for our country. Particularly authors, as we navigate our way through COVID and this new normal we find ourselves in. Initially, I was worried about a book release during a pandemic. I decided to trust God and let my faith do the walking for me. My Leaders Like Us series with Carson Dellosa has been a tremendous success because of that. Many schools were closed physically but had classes on Zoom and other platforms. I was extremely fortunate to be able to visit several virtual classrooms. One day I was in California, the next Ohio, and the next South Carolina, and so on (my virtual frequent flying points were adding up!). Under normal circumstances I would never have been able to travel like that, nor would so many students have been exposed to my books so quickly.

I have also enjoyed a couple of wonderful partnerships. What started out as a grandfather’s trip to his local library to pick up books to read to his grandchild resulted in a wonderful partnership with the Auburn Avenue Research Library on African American History and Culture (AARL) in Atlanta, Georgia. Over the course of the summer, we will have aired 5 of the 6 titles from the Leaders Like Us series book discussions and read alouds. What makes this partnership so special is that this is a place I have visited in the past to do research on people I was writing about, or to attend their author events.

I also partnered with the Southern Breeze Regional Chapter of The Society of Children’s Book Writers and Illustrators (of which I am a member) and the DeKalb County Library System for a read aloud of the Henry Louis Gates, Jr. title that was aired by the Georgia Center for the book.

Q: Last year, you were also the author of the School Library Journal and Booklist reviewed series, Careers in the US Military. Why do you think these reviews are important? 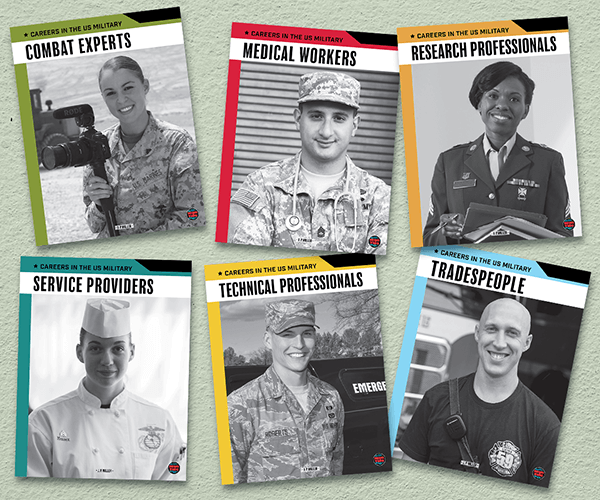 A: In writing Careers in the US Military series, I wanted it to be a resource for young people to help those interested in joining the armed services make informed decisions in their career selection. For others, my hope was that the series gave a better understanding of day-to-day jobs of military members and how they relate to the overall mission. Not only are these careers that benefit the military, but they benefit our local communities as well. As best I could, I tried to do that by bringing the military to life for the reader.

I think that is what reviewers saw when they read the series. The School Library Journal and Booklist are sources that librarians and educators trust. Such reviews help them decide which books are best for their students. In that sense, they help get my books into the hands of the targeted readers. As a debut author it is also validation that all of my prayers, writing courses, conferences, and hard work were not in vain.

Words cannot express my excitement and gratitude for the School Library Journal and Booklist reviews. I am deeply honored.

A: I first became familiar with the National Black Book Festival by following some of my favorite African American authors of adult literature like Mary Monroe, Victoria Christopher Murry, Walter Mosley, and others. So when the opportunity presented itself for me to be a part of their Black Authors Matter TV author interviews, I wanted to follow in the footsteps of these greatest and get my name out to the African American Community.

At the time of the interview, I had no idea it would lead to an award. In fact, this was the inaugural year for the Black Authors Matter Award. I am forever grateful to Ms. Gwen Richardson for following her destiny, making sure African American authors are seen and recognized.

As a winner of the 2021 Black Authors Matter Award in Children’s Literature, I have been invited to the annual National Black Book Festival’s Virtual Event on October 21–23, 2021. This has certainly been a year of favor, miracles, and open doors for me.

Q: This month your next four titles are available. What leaders will readers learn about in this release? 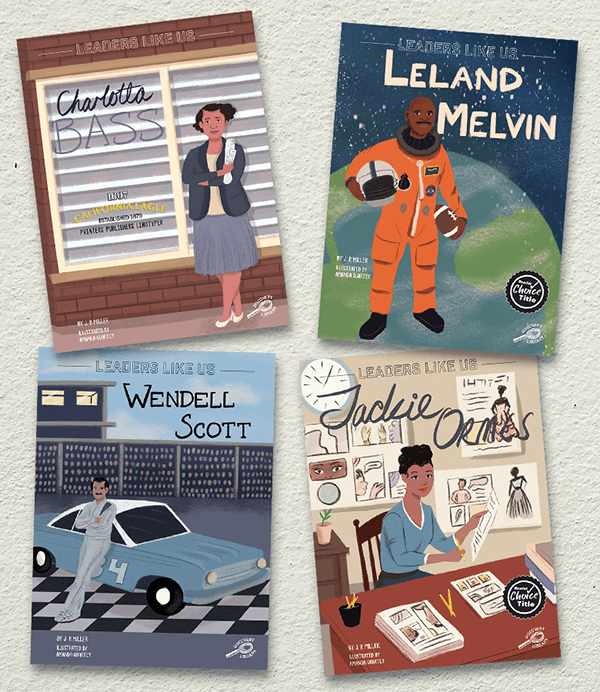 A: August is a great month! Not only is it the birthday month of the next four titles to Leaders Like Us, but I also have a birthday celebration of my own. What a perfect gift! Happy Birthday to me!

Q: Finally, what can readers expect from you next?

A: First, I want to say thank you to my Rourke Educational Media/Carson Dellosa family for such a wonderful debut experience. Tracie Santos (who is no longer at the company), Wendy Vincent, and Hailey Scragg, to name a few, have been so supportive of me from day one. With that being said, you can expect to see a lot of great things coming from the US in 2022 starting with the release of four new Leaders Like Us titles. We are also excited about a project that will allow our readers to be more involved in our writing and publishing process. This project has already hit the top of my fun meter. I can’t wait to introduce it to our readers.

The Leaders Like Us series shows children some of the strongest and most influential African American leaders in United States history. Each individual book focuses on a specific trailblazer, such as Henry Louis Gates Jr. and Shirley Chisholm, and how they made a defining impact on their communities and the world as a whole. Filled with vivid illustrations and simple-to-read text, this inspirational series is perfect for any classroom or homeschool setting with young readers.